The latest ECU Poll of registered voters in North Carolina, conducted May 19-20, finds Republican nominee Ted Budd with an 8-point lead over Democratic nominee Cheri Beasley, 47% to 39% (with the remaining 12% of the poll respondents saying they are undecided and 2% expressing support for some other candidate). Budd currently holds a 12-point lead among male voters, 50% to 38%. Among women, Budd leads 44% to 40%. 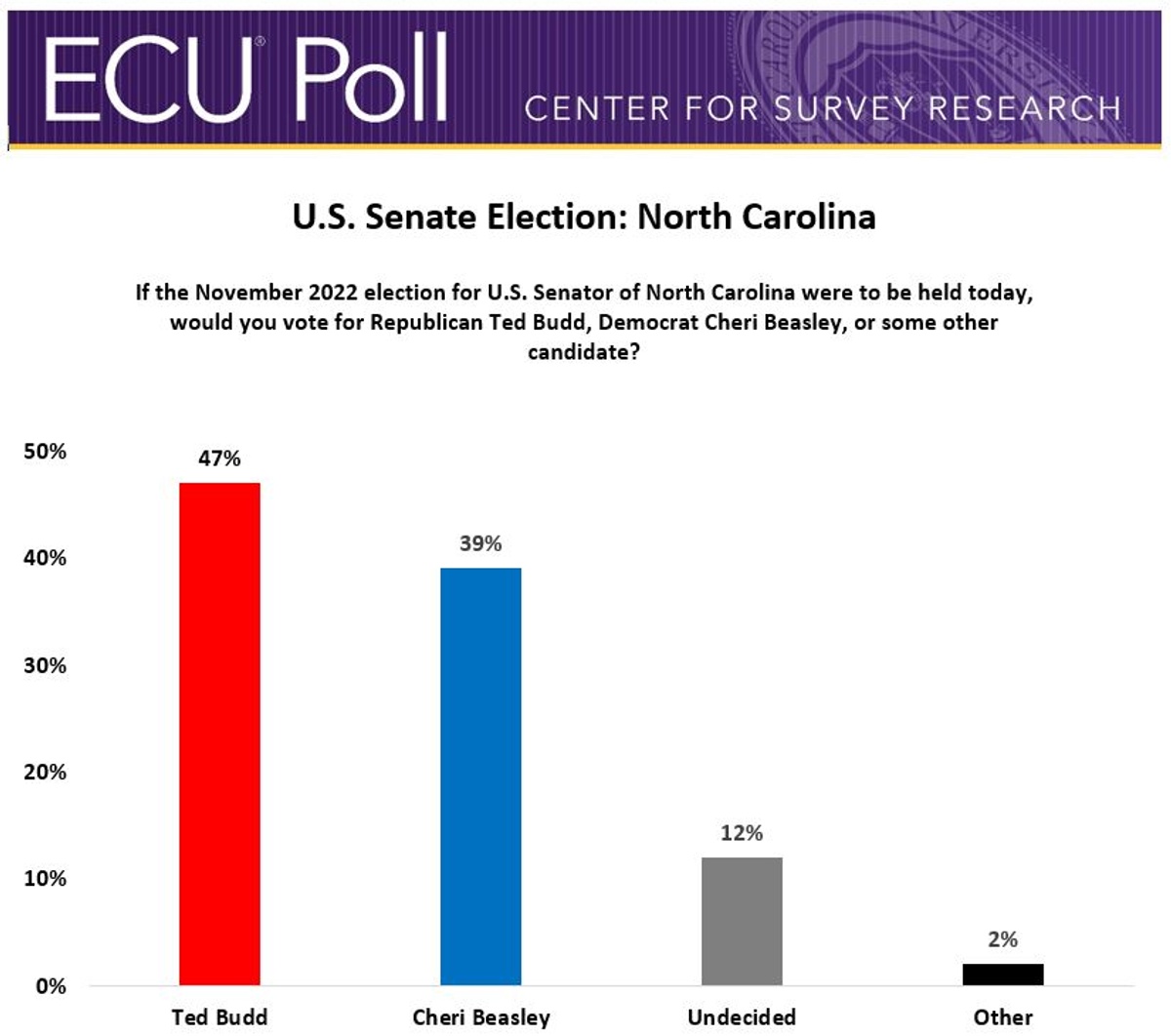 When asked how they plan to vote in their congressional district races, 47% of registered voters say they intend to vote for the Republican candidate and 44% say they will vote for the Democratic candidate. The current Republican advantage in North Carolina is similar to the national average and suggests favorable conditions for Republicans to retake control of the U.S. House. 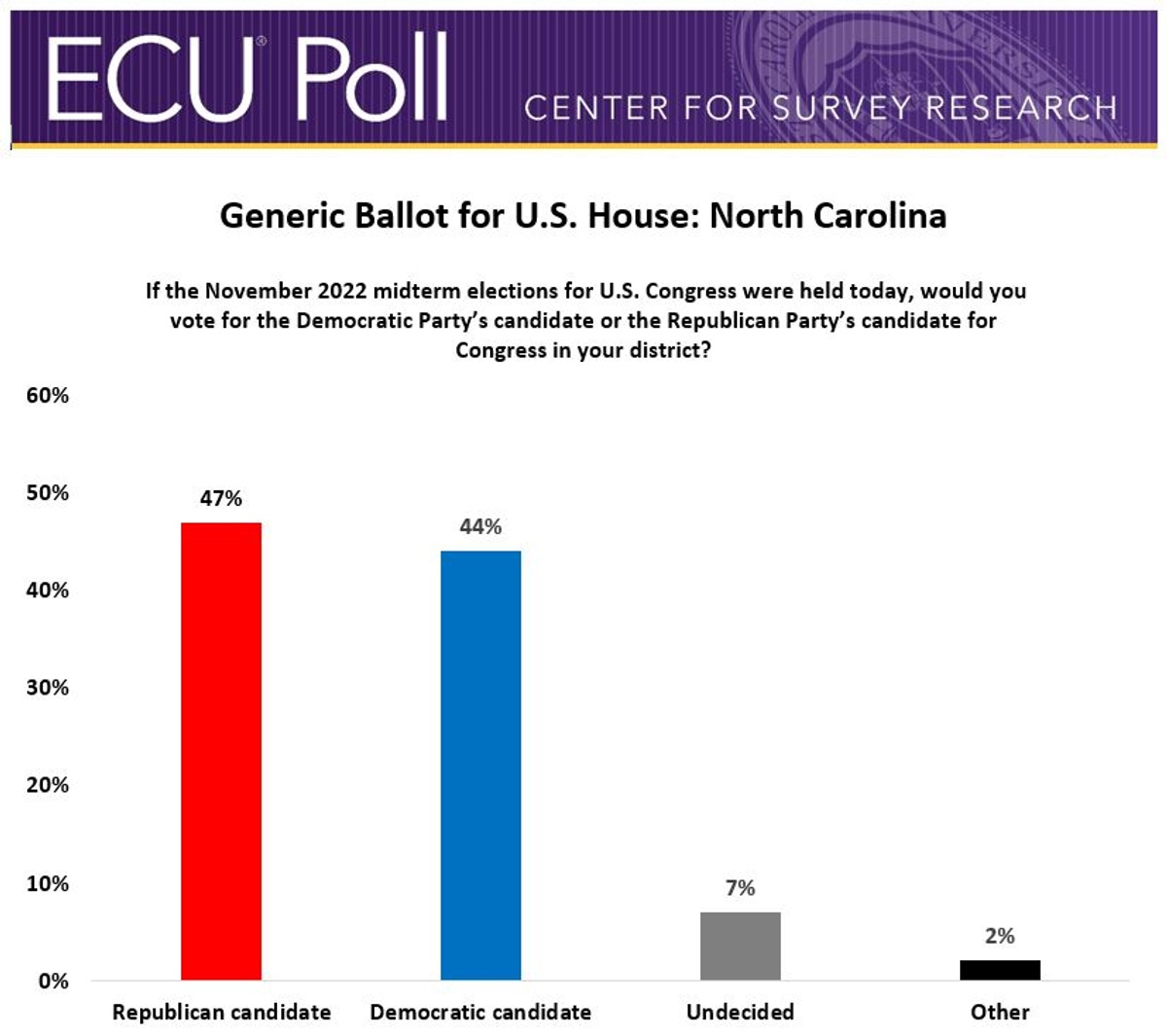 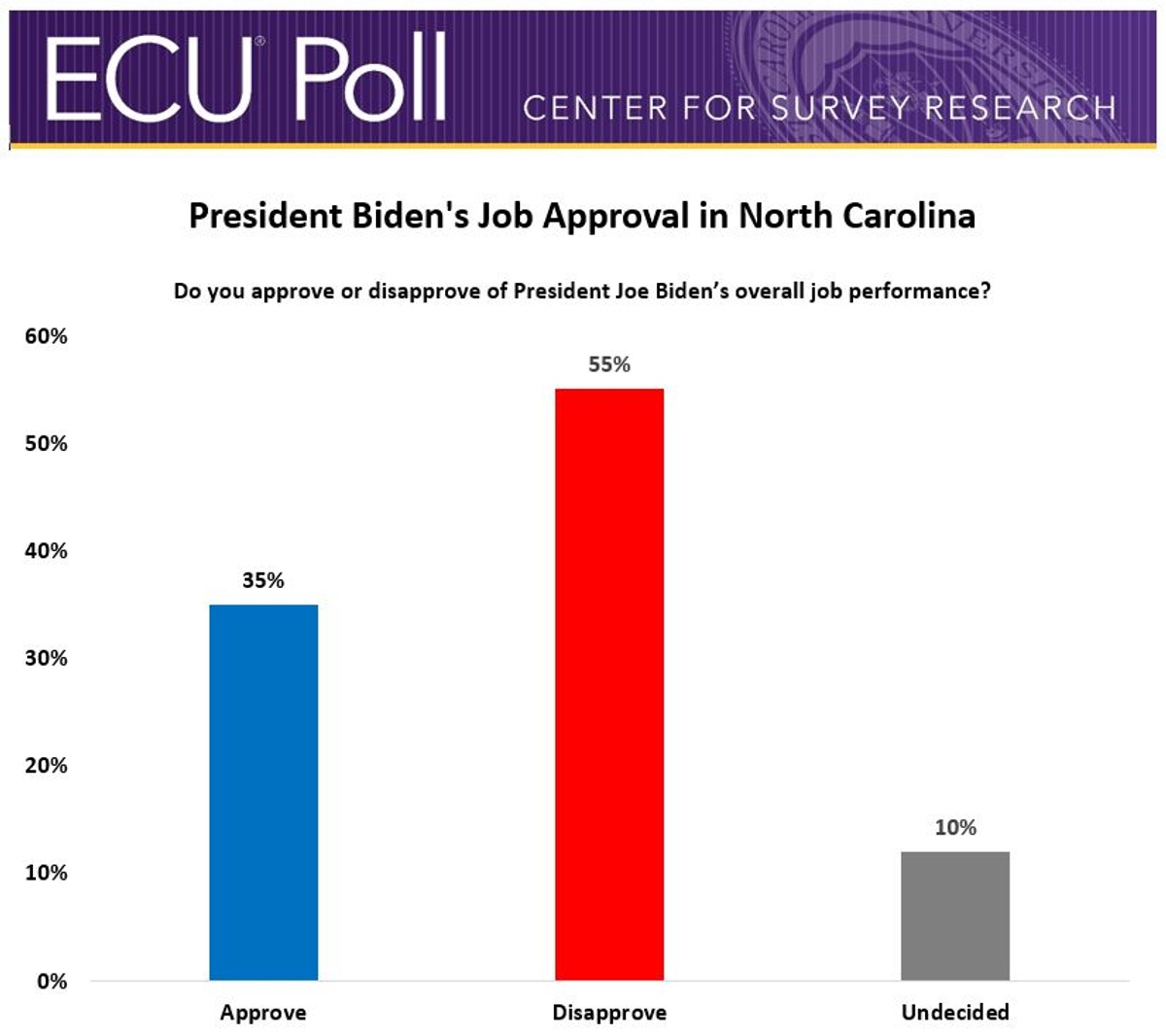 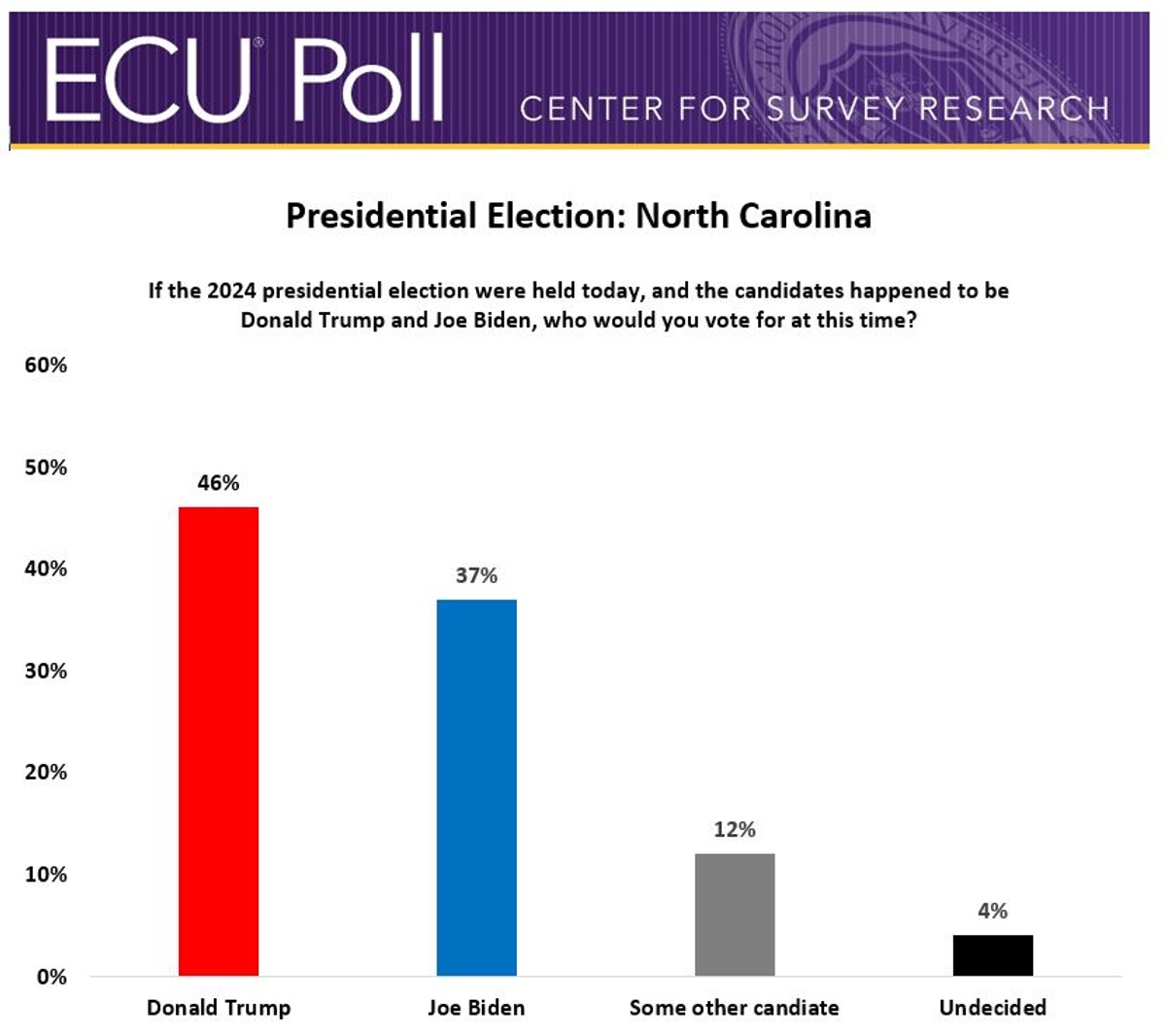 In assessing the full results of the poll, Dr. Peter Francia, Director of the ECU Center for Survey Research, remarked, “President Joe Biden’s current job approval rating of 35% in North Carolina presents a major obstacle for Democrats running for office in the state. Although it is still very early, Ted Budd’s current 8-point lead will be difficult for Cheri Beasley to overcome unless President Biden’s numbers show marked improvement in North Carolina over the next several months.”

This poll was conducted May 19-20, 2022. The sample consisted of 635 registered voters in North Carolina, with a Credibility Interval (CI), similar to a poll’s margin of error, of +/- 4.5 percentage points. The data for the poll were drawn from a cellphone sample of SMS-to-web (N=358) provided by Consensus Strategies and an online panel provided by Lucid (N=277). To ensure the sample was representative of the midterm electorate, the data were weighted by gender, age, education, race, region, and election modeling based on previous statewide elections in North Carolina.

AAPOR TI Report
Download
Related Bios
https://cdn.filestackcontent.com/uEqr9eIoROoMCvohCxzz?dl=true
https://cdn.filestackcontent.com/AG3wH2AR3SP2Mo58NZitaz/rotate=exif:true/resize=width:600/uEqr9eIoROoMCvohCxzz
Peter L. Francia (PhD, University of Maryland) is Director of the Thomas Harriot College of Arts and Sciences Center for Survey Research and is professor of political science at East Carolina University. He is the author of numerous books and articles on various topics related to American elections and public opinion. Dr. Francia’s insights on American politics have been included in the press accounts of national media outlets including CNN, National Public Radio, USA Today, and the Wall Street Journal.